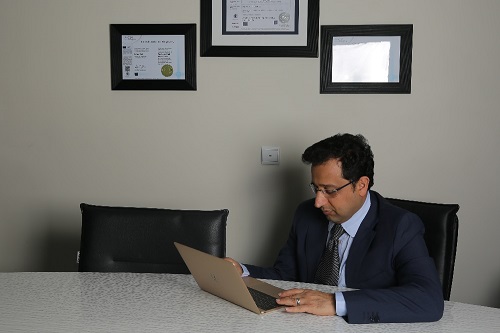 Dr Peyman Boromand was born in 17 March 1973 in Isfahan, Iran and was grown in a scientific family. His father was one of the most famous doctor in the city. Peyman followed his father’s profession and became a doctor.
After finishing his high school education in International High School, he went to study medicine at university of medical sciences in 1992. Regarding his achievements during his medical study and his final university scores as receiving the highest achievable score in the final medical examination, he received prize of the university.
After graduation from the medical school and finishing a secondary study in Ear, Nose and Throat (ENT), Dr Peyman Boromand started his specialty education in the field of Ear, Nose and Throat (ENT) in the University of Tehran with a rating of 1 and received his board Certification. During his study, He has conducted many researches about the ear, nose and throat and especially cosmetic surgery.
Dr Peyman Boromand was the member of The European Academy of Facial Plastic Surgery and one of the most famous Rhinoplasty Surgeon in the country. He travelled to other countries such as United Kingdom, South Korea, France, Emirate, Africa and so on to study under some of the leading surgeons in the field of Rhinoplasty (Nose Surgery) and benefit from their techniques and experience.
Dr Boromand has 15 years’ experience as an ENT (Ear, Nose and Throat) specialist and plastic surgeon, focused on Rhinoplasty. Right now number of surgeries performed is more than 5000 successful surgeries